The Manna House Penketh is steeped in wonderful history.

As you step through the doors of this Victorian built schoolhouse, you will instantly feel the warmth, charm and character of this beautifully restored function venue. The original build of The Manna House was commissioned by local residents Robert Gaskell of Penketh House and John Naylor, a joiner from Garnetts Cabinet Works. They built it in memory of their children, Margaret Anne Gaskell, aged 8 who died October 1859 and James Naylor aged 13 who died February 1860. The building was completed in 1860.

It originally opened in January 1862 as ‘Penketh Infants’ school and cost parents a penny a week for their child's attendance. It was seen as an option for less privileged families who struggled to pay for their children's education.

In 1890, after Robert Gaskell and John Naylor had passed away, the building was donated by Mr Gaskell's wife to St Mary's Mission Church.

In 1908 the school closed its doors when it became too small for the population of Penketh and a new larger school opened on Stocks Lane. From then on the building was known as St Mary's Institute.

After a refurbishment in 1985 St Paul's Church, which stands on the site of the now demolished St Mary's Church, ran a competition to find a new name for the building and from then it became known as The Manna House with 'Manna from Heaven' being the winning entry. Since then it has been used by the church as a meeting house and private hire function venue. In late 2014 St Paul’s Church took the decision to sell the venue to help contribute to the new church building fund. It stood unused for almost two years until local residents, Andy & Jade Mulholland bought it and vowed to restore it to its former glory. 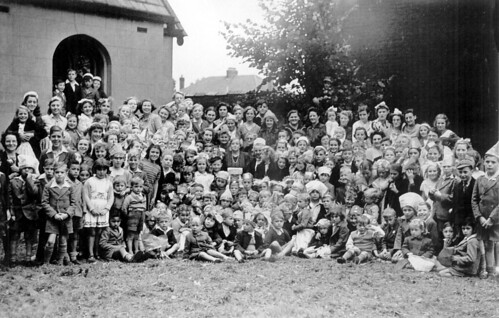 Take a look at our Public House in Penketh: The Ferry Tavern